The code source of this blog

Posted by Conseil en Recrutement at 9:13 PM No comments: 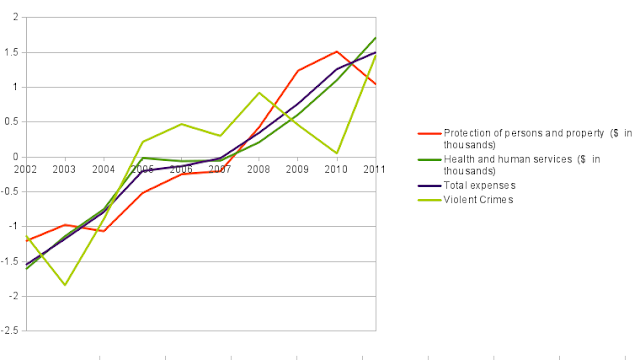 Posted by Conseil en Recrutement at 1:04 PM No comments:

This is a study of crime prediction at chester city, PA.
Prediction is an hard task. With a low data content the must is to exponential method to predict the violent crimes rate.
For 2013 , the violent crimes should decrease lowly .
It is a tendency.

Posted by Conseil en Recrutement at 11:17 AM No comments:

I continue my study with chester city in pennsylvania. A very hard city where the criminality is crazy.
I give the violent crimes and property crimes values extracted from FBI and Pennsylvania Uniform Crime Reporting Program.
We can see an long evolution of the criminality during this last decade, apparently more effort  are made in year 1999 and 200 to resolve some issues in security. but the crime is increasing since this period.

Posted by Conseil en Recrutement at 1:14 PM No comments:

Some question could be given to stress our model .

The idea of reducing immigration is not a good idea and not offers a good result.

Is giving a better education a solution ?
If we decrease by 10% the not graduate or less graduate the model is offer this result:
Chester city increase their violent crimes value to 3922.
And the mean violent crime in USA to 1181.

The result is not corresponding on the simple idea that a better education can really change the given actual criminality.

Is increasing ethnic mix a solution ?
If we increase the white population by 10% , the model is offering this data:
for chester city : 3916 violent crimes . No impact on the criminality.
for mean in USA : 1166 violent crimes

As other result,we can improve the criminality in adding more white population.

Is increasing employment a solution ?
The employment permits a more great stability on a family.
if we increase the employment by 10%, the criminality increase:


It s an interesting point to save . How to explain if we increase the employment the criminality increase. The model don t explain some relation between the employment and the violent crimes.

I have an other approach , more mathematic. For example we can search some extrema in our model.
I start in reviewing the linear model and finish in testing each value independently.

For the positive value, the name is OwnOccMedVal that corresponds to the owner occupied housing on median value. If we decrease this value on all county or in cherster city the result decrease.
For chester city the criminality decrease to 3902 (-0.35 %)
For the mean in USA the value is important and decrease to 1084 violent crimes by 100k hab (-7,60%).


For the negative value, the name is numbUrban that corresponds to the number of people living in areas classified as urban.
If we increase this value by 10 pourcents, the violent crimes decrease on chester city and in the USA.
for chester city the value decrease to 3895 violent crimes (-0,52%) that is better that the previous value.
fro the mean in the USA the result is 1155 violent crimes and decreasing by 1,60%.

Testing value by value is more mechanic but permit to search between the model on the data which value to change to obtain a best result.

I have tested in increasing each value by 10 %
I obtain two values , one for chester city and one for the mean in the USA.
Fo chester city the value is PctLargHouseOccup corresponding to the percent of all occupied households that are large (6 or more people). We decrease the criminality to 3786 crimes (-3,31%).
For the mean of the USA is PctPersOwnOccup corresponding to the percent of people in owner occupied households. We decrease to the principal value to 1016 (-13,43%) .

It s difficult to give a valid conclusion on the fact that the most important variables that is apt to decrease  the violent crimes are based on house. It ' s easy to imagine that in giving more possibility to be owner of their house we can improve the socio economic environment . But to enhance this need , the population have to get a better economic situation that is not the case at Chester city.
In chester city, reducing black concentration and increasing the house size could affect durably the criminality. It s not impossible to politics to take action on this parameters.

Posted by Conseil en Recrutement at 10:52 PM No comments:

The fourth group the group of the ideal family , white with two children ,..  This perfect group is shared along the united states of america. More representative states are based on the north . Where the south is more sweet.
The group of workers. We found this group in all the state with an equal representation.
The group of manager is really interesting. because the structure of this group is really important in California , New Jersey, Connecticut and Massachusetts . Idaho is lowest represented as Kentucky , Louisiana, ...

Posted by Conseil en Recrutement at 10:37 PM No comments:

Images of violent crimes by state in USA

Images of violent crimes by state in USA

Posted by Conseil en Recrutement at 7:26 PM No comments:

For study and to estimate a good model we need a scientific approach in segment values to construct the model and values to tes the model.
For certain method as neural network , we need to add some validation values to stop and find the stability of the engine.

Our exercise is to try to extract from the existing data , a stable model to predict the value of the violent crimes for 100k habitant .The typology of the violent crimes is large each county communities and countries have their proper approach. We can include murders, sexual acts, ...
More approach is considered on my study by regression , SVM and neural network.

The data are cut as this:

The data are really hard to be separated , it s why in ours strategies the classification could be short.

The first analysis should permit to estimate models in a classical manner.
A first good point to compare with strategy of data reduction.
A second analysis should cut the data in more than 2 classes and models. Yes , to have a more accuracy estimation we can cut our model and use a SVM for automatic classification on new values.
A third approach is to remove unnecessary data as extrema or non connected individuals or variables.
The last study should mix these strategies.

Posted by Conseil en Recrutement at 12:09 PM No comments:

The groups resulting of my study on classification

I want to present the final elements resulting of the review of the variables of my study on violent crimes.
Why grouping variables ? It is a good question but we need to know how variables interact and coexist . At the same time their understanding permit to implement some strategy on research as vectorization or map reducing.
When I have started my study I haven't searched to define group of people. But the study has moving me to identify some humans group. When I say humans group , I want to talk about social relationship.
It s really a surprise for me to distinguish clearly social and cultural group.
I let you discover my final analysis.

The first group : grouped around the violent crime per 100k hab variable

I know that the readability of this group is not easy. But I can give some information.
This group is a group of people living in an area where house are vacant and/or boarded, really urban and very dense, with illegitime children, immigrant, where people don t have a phone, living in large house with public assistance and not graduate. Black and hispanic race.
We have all the principal values around the violent criminality. Reducing one of this factor can have a real impact on crime activity.

The second group : the poor workers


The third group : the managers


The fourth group : the ideal family

Posted by Conseil en Recrutement at 12:22 AM No comments:

My last prediction analysis is 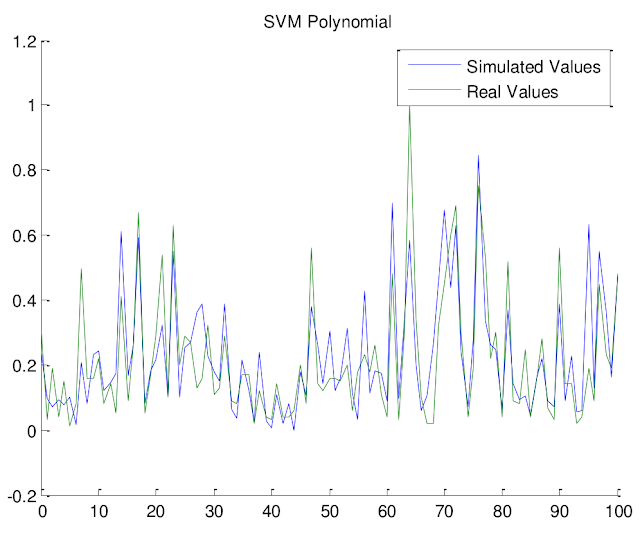 Posted by Conseil en Recrutement at 1:41 PM No comments: